The Alaska Climate Action Network (AK CAN!) connects over 1,500 Alaskans from all corners of the state who share a deep concern about climate change, biodiversity and our energy future and desire for a just and sustainable future through collective, grassroots action.  Our network includes a diverse range of community-based partner organizations, Indigenous leaders, scientists, renewable energy experts, artists, engineers, and journalists from across the state.

Our current priority is to educate and empower Alaskans to take individual and community action on the climate/ecological crisis. Check out our Climate Action Pledge, Calendar and Events and Climate Action Planning pages!  Other activities include:

AKCAN! is a project of the....
Alaska Institute for Climate & Energy (ALICE)
Advancing collaborative solutions to the interrelated social justice, climate and ecological crisis that best suit Alaska.

ALICE is bringing together some of Alaska's most visionary scientists, energy experts, Alaskan Native elders, artists, engineers and businesses to work in collaborative partnership to solve our most pressing climate change and ecological problems.

We draw inspiration from Project Drawdown, Natural Solutions, Bio4Climate, Bay Area Smart Energy and other innovative approaches.  As an Alaska-based Think-Tank, our goal is to research, identify and and develop shovel-ready projects that address Alaska's most pressing climate, biodiversity and energy issues while building a resilient future that puts Alaska's most affected communities first.

Current ALICE projects and activities include:


Ceal Smith, MSci, MEd, Director.  Ceal is an ecologist, researcher, climate & energy policy analyst, educator and movement builder.  She worked as a field research and environmental compliance expert in the US and Latin America before becoming a full-time climate activist in 2006.  Her focus is on science-based, cutting edge, collaborative grassroots action.   She founded AKCAN shortly after moving to Alaska in 2013.
Ceal has an MSci in Ecology & Evolutionary Biology, an MEd from the University of Arizona, Tucson and a BA in Ecodevelopment and Environmental Policy from UC Santa Cruz where she studied under the late Dr. Raymond Dasmann. She lives in Eagle River with her husband Kerry Williams. 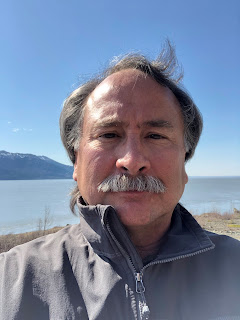 John Morton, PhD, Director.  John recently retired from the U.S. Fish and Wildlife Service after 32 years as a wildlife biologist in Alaska, California, Guam, Maryland and Wisconsin. He first came to Alaska in 1984 to work on Arctic National Wildlife Refuge’s 1002 studies.  He was most recently the supervisory biologist at Kenai National Wildlife Refuge, where he focused on novel approaches to monitoring biodiversity and adapting to a rapidly warming climate.  He represented the USFWS in the GAO’s investigation of climate change impacts on Federal lands (2006) and on DOI’s Climate Change Task Force (2007). He helped develop the USFWS’s Rising to the Urgent Challenge: Strategic Plan for Responding to Accelerating Climate Change and National Fish, Wildlife and Plants Climate Adaptation Strategy (2011). His work on facilitating ecological transformation has been profiled in Yale Environment 360, The Economist and Deutsche Welle.  John and his wife, Leslie, live and play on the Kenai Peninsula. 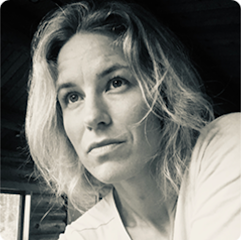 Anna Liljedahl, PhD, Director.  Anna is an associate scientist at Woods Hole Research Center where she studies the storage and movement of water in Arctic ecosystems, and how those processes are affected by climate change. She has probed the impact of glacial melt and permafrost thawing on natural systems, like ponding and runoff, as well as built infrastructure, including hydropower. Liljedahl’s work combines field measurements with remote sensing datasets to produce high-resolution computer models at watershed scales. Through projects like the Permafrost Discovery Gateway, Liljedahl strives to enable access to information and expedite knowledge-generation from big data to serve earth scientists and communities facing climate impacts. Liljedahl lives in Homer, Alaska, and draws insight and inspiration from living in the community and ecosystems she studies. She earned her M.S. from Umeå University and Ph.D. from University of Alaska Fairbanks, where she holds a Research Professor affiliated position.
Advisory Council 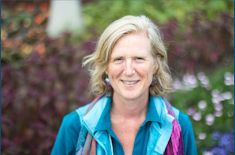 Libby Roderick is an internationally acclaimed singer/songwriter, poet, activist, teacher and lifelong Alaskan. The surprising power and depth of her music and the humor and spontaneity of her performances have attracted large and enthusiastic audiences across the continent and fans all over the world. Her six recordings have received extensive airplay on Earth and, in 2003, NASA played her song “Dig Down Deep” on the planet Mars as encouragement to the robot “Spirit.” Libby is well-known as an exhilarating and witty artist who offers a remarkable blend of passionate music, wry humor and incisive commentary on social and personal issues. 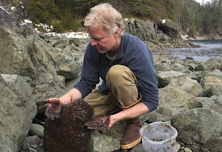 Rick Steiner, PhD is a conservation biologist and former marine conservation professor with the University of Alaska with extensive experience working in the Arctic, Prince William Sound and worldwide. As Director of Oasis Earth, he consults worldwide on a wide range of oil and gas and environmental issues. 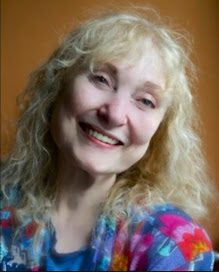 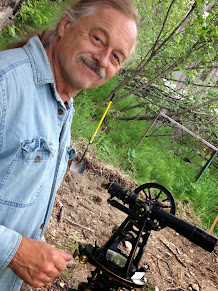 Kerry Williams is a retired construction engineer and life-time Alaskan. He was formerly Chief Engineer on Team Mana La running in the first solar car race across Australia in the 80's. In the 90's he sold rooftop solar PV systems. He's currently working on pumped energy storage systems to take Alaska to 100% renewable energy.

Kerry has lived in Alaska since he was 5 and has had many rich and varied experiences across the state. Some highlights include working in a Kodiak Bear hunting camp and the Alaska Marine Highway as a teen, and helping build the Trans Alaska Pipeline after finishing a BA in Communications from Boston University.  He and his wife Ceal Smith are transitioning from Eagle River, to Homer where they plan to build the super-insulated, ultra-efficient zero-emissions home.

McKibben Jackinsky is a former ALICE Director, a life-long Alaskan and award-winning journalist. Her Russian and Alutiiq ancestors were among the first settlers in the village of Ninilchik and she grew up commercial fishing on Cook Inlet. McKibben earned a Bachelor of Arts degree in Human Resource Education from Alaska Pacific University and worked in Alaska’s oil industry for a decade before beginning a 15-year career as a writer. After retiring, McKibben wrote "Too Close to Home? Living with “drill, baby” on Alaska’s Kenai Peninsula. 350.org founder Bill McKibben (no relation) wrote, “This engrossing account of what it means to ordinary Alaskans when the oil industry shows up on their doorsteps is a good reminder that the damage from fossil fuels can hit hard locally on its way to the atmosphere and the climate.” McKibben continues to write as a freelancer and advocate for individuals negatively impacted by the aggressive spread of the fossil fuel industry on the Kenai Peninsula. She and her husband Sandy Mazen divide their time between Ninilchik, Homer, and a winter-getaway on the Oregon Coast.

Bjørn Olson, Director.   Bjørn was born in abandoned trappers cabin in the Wrangell Mountains that his parents squatted. Adventuring through Alaska by human-power reinforces his reverence for this Great Land, its unique cultures, and unbroken ecology.