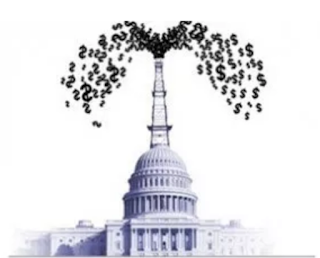 In the midst of the worst budget battle in Alaska's history, Senate Democrats delivered a letter urging Governor Dunleavy to put oil tax reform, including Senate Bill 14, on the table for the second special session set to resume this afternoon, July 18th.

Senate Democrats are proposing Governor Dunleavy add Senate Bill 14 to the call, but are also open to other proposals from the Administration to revise Alaska’s oil tax structure to ensure the policy to serve the people’s maximum benefit. Alaska is facing massive budget reductions, loss of services, and an economic recession. Lawmakers have received an unprecedented amount of emails, phone calls, and messages to right the economy and reverse budget reductions to provide stability for the state.

Alaskans for Oil Tax Credit Repeal/Yes on SB14 has been at the forefront of calling for oil tax reform, including a floor vote on SB14, since the beginning of the 2019 legislative session.  "SB21 has failed Alaskans and set the stage for this so-called fiscal crisis. Eliminating the $1.2 billion oil production tax credit, as SB14 would do, is the most common sense solution to balancing the state's budget that still allows for a full Permanent Fund Dividend while preserving education and public service programs that are vital to Alaska's well-being and future.  We commend the Senate for their courage and initiative", said Ceal Smith, one of the groups organizers.
By Ceal Smith - July 18, 2019