Alaska's State of Emergency: an open letter to the legislature

To members of the Alaska legislature: 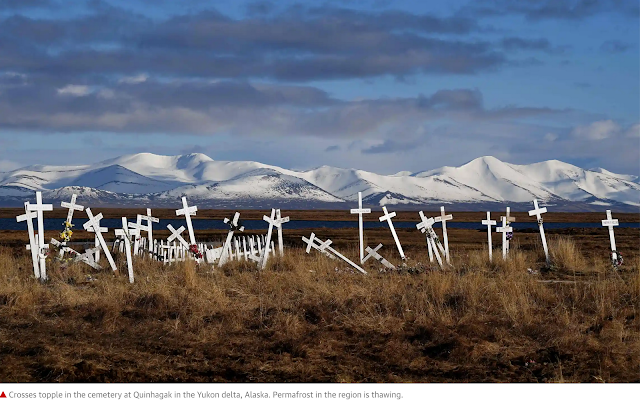 Governor Dunleavy’s veto budget cuts are aimed at the heart and soul of Alaska.   Many experts agree, if enacted, they will deal a blow that is not only unconstitutional, but from which the state will likely never recover.  Alaskans across the state are stunned, shocked and mortified by the cruelty and short-sightedness of Dunleavy’s veto cuts.  This is not who we are, and it could not have come at a worse time.

Some of you may think this is a good thing; that a robust and functioning government and education system is unnecessary to civil society; that the Climate Emergency is not real.  Such thinking does not hold up to the facts.  It’s profoundly irresponsible, dangerous and ignorant.

One fact that is irrefutable is that climate disruption is accelerating[1],[2],[3].  As members of the Alaska Climate Action Network (AKCAN!), a statewide grassroots organization of more than 1300 Alaskans deeply concerned about climate disruption, we are acutely aware of how vital robust science, research and education programs are to the future survival of our state, nation and planet.  As our nation’s only Arctic state, Alaska is on the front lines of that change and the University of Alaska is at the center of national and global climate change research and education.   The proposed 41% reduction in funding would devastate vital programs, endanger Alaska’s frontline communities and Arctic research in every corner of America and beyond[4].

The Alaska Center for Climate Assessment and Policy (ACCAP) is the primary academic center in our nation doing Arctic research, including critical social science research that supports the needs of frontline communities struggling with the rapid and profound effects of climate change; coastal erosion, permafrost thaw, changing sea ice, ocean warming and acidification, increasing risk of infectious diseases, and the destruction of traditional livelihoods and ways of life. Without a dedicated home, research on these life-threatening issues will fragment or cease to exist, leaving Alaskans in the dark about the threats of climate change and science-based solutions and causing untold suffering and death.  And the loss of research would ripple through the entire U.S. Arctic research community and beyond.

The University of Alaska’s International Arctic Research Center (IARC) is among the world’s premier Arctic science institutes, with an unusual breadth of disciplines and ability to conduct interdisciplinary research collaboration between Arctic nations.  Disrupting these collaborative research efforts would fragment the daily connections forged by researchers here and across the global network of scientists studying the Arctic.
The university is responsible, in part, for maintaining four sites that are part of Long-Term Ecological Research program run by the federal government. Those sites provide a continuous look at key pieces of the Arctic ecosystem and the impacts of climate change, including changes to fire season, the disappearance of sea ice, and changes to the base of the ocean food chain that could impact the state’s fisheries. Any interruption or downgrade in monitoring at those sites would hamper our understanding of the changes gripping the region, setting research back by decades and further endangering Arctic communities.

There is an easy solution that gets at the duel problems of climate change and the state’s fiscal shortfall: removal of the per barrel oil production tax credit, currently costing Alaskans at least $1.2 billion annually in payments to profitable oil companies.  There is absolutely no justification for subsidizing a thriving oil industry that continues to profit from accelerating climate change harming our state in so many ways.  Adoption of Senate Bill 14 or its equivalent action to remove unnecessary and egregious fossil fuel subsidies, would allow us to balance the budget with full University and education funding while moving our state firmly into a decarbonized future.

In closing; we implore you to override Dunleavy’s veto cuts, including the proposed 41% cut to the University of Alaska, and use the power of your office to eliminate the existing per barrel oil production tax credit, thus freeing up the funds needed to fulfill State Constitutional requirements to fund education, protect Alaskans from harm and avoid an irreversible descent into economic collapse.

No less than our future depends on it.