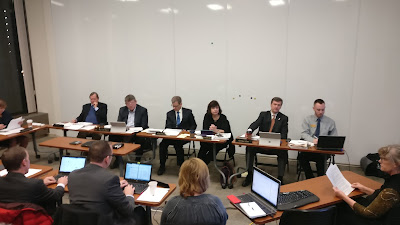 In a historic move, the Alaska Permanent Fund Corporation (APFC) Board of Trustees directed its staff to prepare an Environmental and Social Governance (ESG) Investment session for a future Board meeting.

The move comes in response to public testimony from former University of Alaska faculty Richard Steiner, who has long advocated for Fund divestment, and Ceal Smith, founder of the Alaska Climate Action Network (AK CAN!), speaking on behalf of the newly formed Coordinated Climate Action Work Group, a statewide grassroots coalition working to advance action on climate change.

Smith presented the petition (now signed by more than 300 Alaskan community leaders from every corner of the state), asking APFC to divest the Fund of its $5 billion in fossil fuel holdings.  The Coalition will continue to gather petition signatures and press Trustees until the Fund is fully divested. 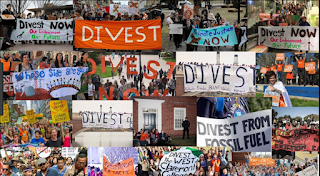 In addition to asking for divestment from fossil fuels, petitioners asked the Board to order an independent assessment of the performance of the Fund's fossil fuel holdings and their future prospects, to be presented in February 2018 at the next quarterly Trustee meeting in Juneau.

The Alaska Permanent Fund Corporation staff informed Rick Steiner of the boards request for the Environmental, Social and Governance (ESG) Investment session in an email today.

"Some of us have been proposing this very thing to the APFC for 25 years, to no avail, until now.   This is the first such step ever taken by the Alaska Permanent Fund, and is truly an exciting development" said Steiner.  "This clearly isn't everything 200 Alaskans asked for yesterday, but it represents a potential sea change in the investment approach for the Alaska Permanent Fund", he said. 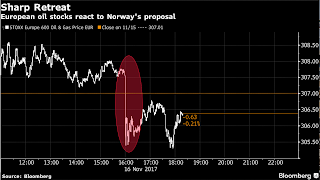 "That the Alaska Fund has taken this small step today represents a quantum leap in the Fund's appreciation for the real world of socially responsible investing, as it is growing around the world, and hopefully in the Fund's future approach to investing.  This is one small step for the Alaska Permanent Fund, one giant leap for responsible investment and a sustainable future", said Steiner.

"The risk is clear", said Smith.  "Global energy markets are rapidly shifting in favor of renewable energy, Paris Accord commitments are kicking in and the very real and worsening effects of climate change that threaten to wash away Alaska's coastal communities at any moment, are constant reminders that its time for Alaska to stop investing in fossil fuels.  We are encouraged that the Trustees have listened to Alaskans.   This is a historic first step in what we hope is a swift path to divesting the Nations largest Sovereign Wealth Fund, Alaska's Permanent Fund's fossil fuel holdings." 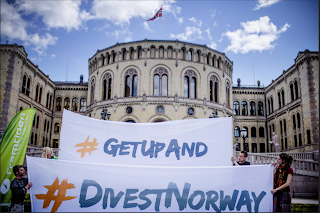 In response, the group recommends that the Alaska Fund consult with the Norway Funds Council on Ethics in developing the Environmental and Social Governance session for the Alaska Permanent Fund Trustees.  According to Steiner, "The much larger Norway oil Fund ($1 trillion) has had an ethical screening process for its investments for many years, and it has divested many holdings due to social or environmental harm".