Key Facts on Keystone, ANWR, Chukchi, and NPR-A that Nobody is Talking About 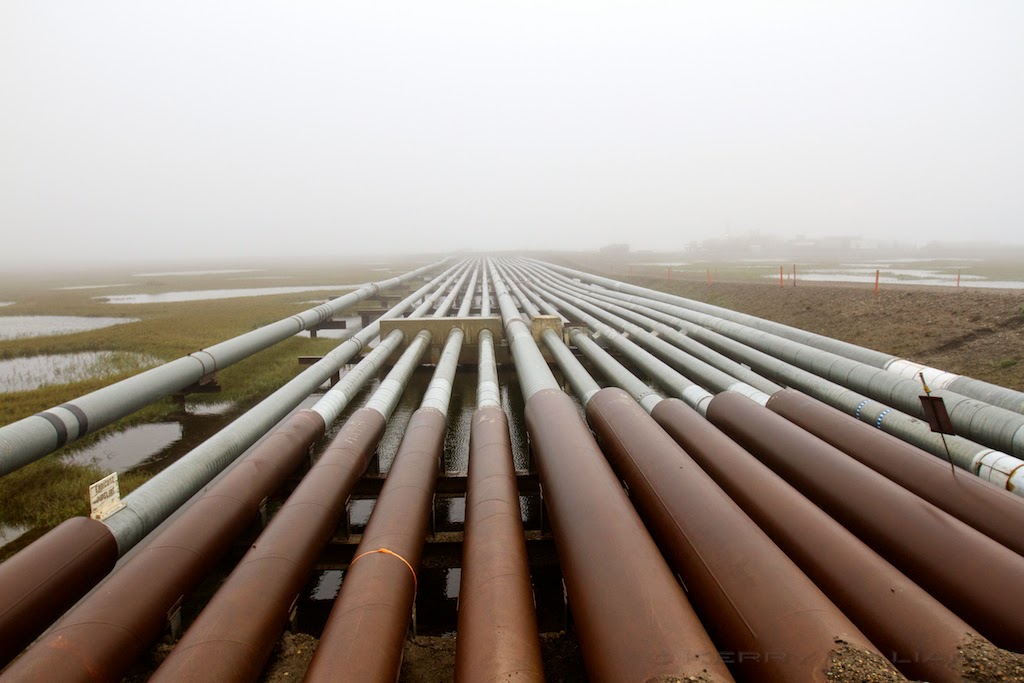 Senator Lisa Murkowski addressed the pro-Keystone argument in her recent Alaska Dispatch commentary, but it seems she misunderstood our concerns.

The concern voiced about her support for Keystone is the competition from Canadian tar sands and Bakken oil, not access to market as she implied. Six months ago Alaska was still enjoying a sellers market and Keystone wasn't threatening our revenue. Now it's a buyers market, and every project that doesn't provide revenue to Alaska is competition.

Even Lisa acknowledged the law of supply and demand when she wrote that "low prices result when world markets are well supplied", so how could she not see that even lower prices result when markets are over-supplied? Keystone would make outside projects better investment prospects for limited investment money that we all compete for. Bakken and the tar sands would rob us of investment money, increase the oil glut bubble, drive down oil prices even further, and increase Alaska's fiscal deficit.

Keystone isn't being built as an alternative to shipping oil by train to the west coast, it's being built as *additional* shipping capacity to increase Canada's market share, all to Alaska's detriment.

It'd be great if we could blame Saudi Arabia or Iran for the oil glut and falling prices, but OPEC didn't do it. All they did was refuse to relinquish their market share to the American frackers who caused the glut. One of the largest contributors to this oil bubble is Bakken, the field that Lisa acknowledges is one of Alaska's direct competitors.  She also touts Bakken as one of the largest beneficiaries of Keystone. Keystone can only increase the glut and lower oil prices more. Keystone is bad for Alaska in every way, period.

A related issue that Lisa said she will tackle is to make offshore drilling easier. As laid out in the 2011 study by the University of Alaska and Northern Economics, Alaska receives almost no revenue from oil and gas produced on Federal lands, including offshore drilling in the Chukchi Sea, ANWR and NPR-A. Given this frequently overlooked fact, we have to wonder what cost/benefit calculation Murkowski did on that issue. If she had said she was going to try to get Alaska a 50% share of the royalties, perhaps we could have assumed she was working for Alaska instead of at cross-purposes.

Norm Van Vactor already discussed the Bristol Bay and Bering Sea offshore prospects at length in this recent Dispatch commentary, so let's take a look at Royal Dutch Shell's big offshore project in the Chukchi Sea. Remember, Alaska will collect no tax revenues from that project. All we'll get is all the risk (just like in Bristol Bay.)
How much risk?

According to the Bureau of Ocean Management's Environmental Impact Statement filed for the Chukchi Sea Planning Area (Volume 1, page 154), there's a 75% chance that full development will result in at least one large spill of 1,000 bbl to 150,000 bbl of oil. 150,000 barrels is over half the size of the Exxon Valdez spill.

They calculated that figure using nominal global risk probabilities that don't include additional risks inherent to working in the Arctic Ocean. Assuming that Chukchi oil field risks are at least double that of gulf coast risks, we get a near certain expectation of multiple large spills that could cumulatively exceed the Exxon Valdez's.

Near certainty isn't a risk, it's a deliberate sacrifice.

Let's consider how much we'll sacrifice, assuming the worst. The extent of the catastrophe probably depends on the season. If, as seems most likely, a spill were to happen in the spring when very large thick ice floes are loose and moving fast, then the sea ice edge would probably be just north of the accident.

Wind and currents would determine how it spreads. An offshore wind would push the oil toward the edge of the ice even as the Beaufort Gyre carried the oil west towards Wrangel Island, potentially oiling every inch of the sea ice edge in the Chukchi Sea. An onshore wind would push the oil toward shore and into the Alaskan Coastal Current, which would carry the oil east perhaps as far as Barrow, potentially oiling our coast all the way. Or a strong and steady north wind could push the oil south to Diomede and Wales. More likely, winds would shift over the course of the whole disaster, taking the oil in every direction. My understanding is that walruses, polar bears, seabirds and seals would be following the sea ice edge at that time, so there's a chance that most members of those populations would be oiled. But I'm not an expert on what all would be threatened; you'd want to ask the Inupiat about that.

What would that do to them, the people of the sea, if their entire cultural underpinnings are irreparably destroyed? They're Lisa's Alaskan constituents too, and I hope she thinks long and hard about whether Royal Dutch Shell's fortunes are more important to her than that sacrifice would be to the Inupiat and Alaska.

What could Lisa do with her Senate Committee on Energy and Natural Resources chairmanship that would really help us? A very good start would be working with Governor Walker to make Alaska completely energy independent. We have more renewable energy potential per capita than anywhere else in the world. Yet, each of us pays thousands per year to outside multinational corporations for fossil fuels. Altogether, Alaskans bleed billions annually to outside interests for our energy. Ending that loss would be the equivalent of fixing our deficit.